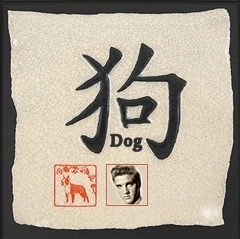 The Chinese New Year is celebrated on a different day every year (dated by the lunar cycle of the month of that particular year) Elvis was born at the tail end of the year of the Dog. 14 February 1934 to 4 February 1935. Element: Wood: imagination, creativity, idealism, compassion. People born in the Year of the Dog possess the best traits of human nature. They have a deep sense of loyalty, are honest and inspire other people confidence because they know how to keep secrets. However, Dog people can be somewhat selfish, stubborn and eccentric. They care little for wealth, yet somehow always seem to have money. They can be somewhat distant. They are noted for their sharp tongues.

Although Dogs have a reputation for not easily entrusting their affections, when they do, those friendships are for life. For the Dog their personal relationships are the most essential and important components of his life; money, power, success. Life doesn’t mean a thing to Dogs without having a loving partner by their side and a stable family and home life.

The Dog is usually selective in the beginning stage of dating. Once these people have pledged their allegiance or sworn their marriage vows, they will continue to love that partner throughout their life.

Famous celebrities that were also born in the Year of the Dog  are: 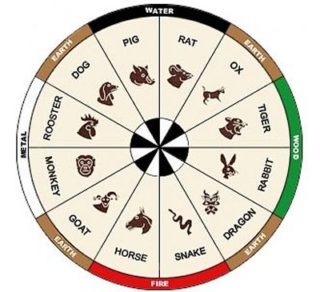