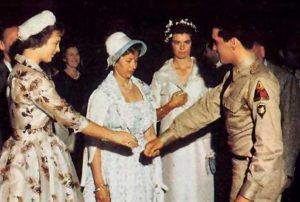 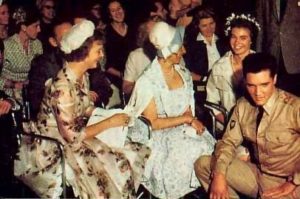 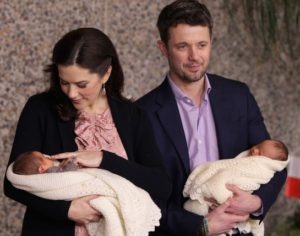 When Prince Vincent (grandson of Queen Margrethe) was born in Copenhagen, before his twin sister. Shortly after the birth, while speaking to the press, the Crown Prince Frederik joked about calling his newborn son Elvis, as the twins share a birthday (January 8)  with the King of Rock and Roll… Elvis Presley. 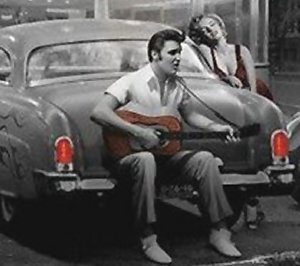