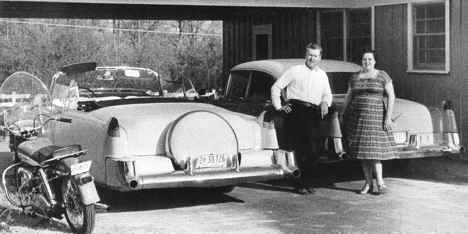 At age 21 Elvis bought the 4 bedroom, 3,000-square-foot house at 1034 Audubon Drive with his early song royalties. Elvis, his parents, Vernon and Gladys and grandmother lived there for a year before moving to the two-story colonial house known as Graceland, that Elvis would make famous A month after moving into the Audubon Drive, “Heartbreak Hotel” hit No. 1 ultimately ending any privacy Presley had in the neighborhood. Fans lined the street & police frequently had to be called

Uri Geller bought the Memphis home Elvis lived in before moving to Graceland, with a winning bid of $905,100 on eBay. “We are unbelievably pleased. This is a piece of history,” said Geller. “We intend to restore it to its old glory and hopefully one day we might get approval to turn it into a museum.” 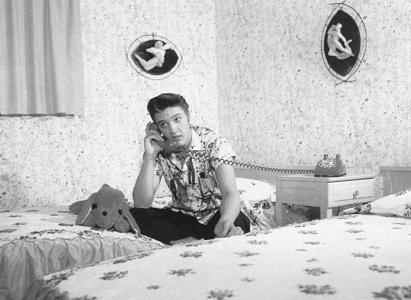 During his time in the ranch-style Elvis added a swimming pool.
Seen here in his bedroom with its twin beds & angel wall  plaques

Sellers Mike & Cindy Hazen, had bought the home 10 years ago, though not from Presley for about $180,000. Geller original bid of $300,000 last month with two partners a  New York lawyer Pete Gleason and Lisbeth Silvandersson, a Swedish-born jewelry maker. “As the clock closed on the bidding Sunday.” Geller added “I felt intuitively I got the price. 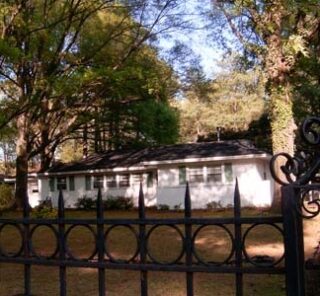 I was text messaging Gleason and it was exactly 11 on my mobile phone and suddenly the radio started playing an Elvis song. That was Elvis telling me we got the house!” Geller met Elvis in Las Vegas in the 1970s after the Elvis asked him to perform his “spoon bending” trick for him, he said. Geller has since amassed a large collection of Presley memorabilia which he plans to display in the home. Vernon’s Dolan Drive Home