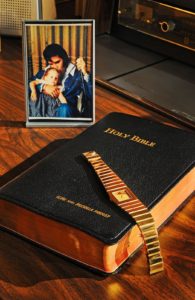 Elvis gold rolex Watch. Elvis Gold Watch. Elvis Gold RolexA watch takes a distinctively special place among celebrities accessories. One may say that a watch is the only standard of luxury consumption. Yachts & jets are hidden from the public eye. However, a wristwatch is something that everybody can see every day and Elvis was no exception to the rule. Part of Elvis Presley’s jewelry collection included many watches from the novelty handmade guitar watch to Omega to Longines to a gold Midas and Diamond Rolex 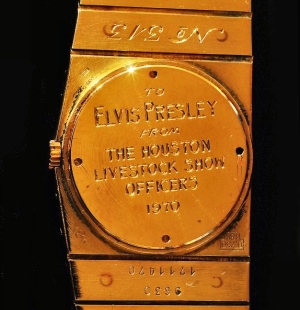 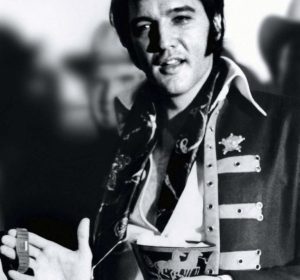 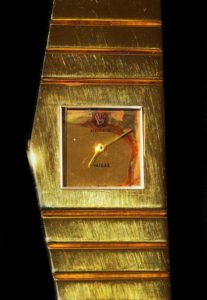 Elvis wore a limited edition Rolex King Midas. Rolex produced only 1000 of this model. The King Midas at the time was the most expensive Rolex money could buy. In 1970 a King Midas Rolex watch sold US$2500 by Elvis’ death in 1977 a King Midas was valued at US$5500.Rolex made 1000 Original King Midas watches and Elvis owned and wore number 343, which ironically had left handed crown specially to be worn on the right hand for south paws. This Rolex King Midas was given to Elvis as a token of appreciation for playing 6 days of sold-out concerts 1970 at the Houston Astrodome Livestock Show & Rodeo. 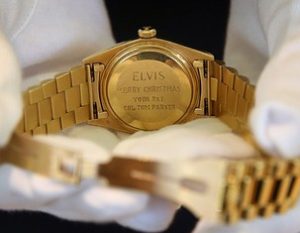 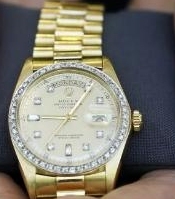 Christmas present Rolex Watch given to Elvis Presley is to be auctioned. The diamond-set Rolex and was given to Elvis by his long time manager, Tom Parker, on the Christmas 1976 before Presley’s death. It is engraved, “ELVIS MERRY CHRISTMAS YOUR PAL COL. TOM PARKER” The Rolex watch, being auctioned by Christie’s is a FAKE! EPN email from Loanne Parker confirms… the Rolex was never given to Elvis by the Colonel, nor did Elvis ever wear it. She also noted… The last thing Colonel would give Elvis was jewelry. Colonel was appalled at the amount of money Elvis spent on jewelry. Colonel never referred to himself as Elvis’ “pal”. That was not their relationship. A gift would not be engraved “Col. Tom Parker”. He would have simply sign “Colonel” 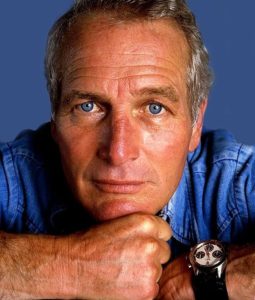 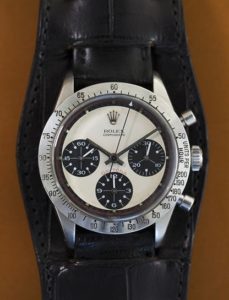 Paul Newman’s Daytona Rolex Watch sold at auction for a world record-breaking $17.75 million, making it the most expensive wristwatch ever sold.