Gun Collection – Elvis Presley was an avid collector of guns. 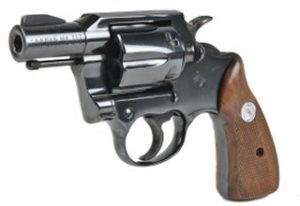 A gun owned by Elvis Presley sold for $28,800 while a microphone used by Elvis on the Louisiana Hayride in the 1950s sold for $15,000 at Julien’s Auctions. Elvis gave the Walther PPK to Hawaii-Five-O star Jack Lord in 1973. Tom Jones was once left shocked when he found Elvis Presley’s gun in his dressing room lavatory. Jones struck up a close friendship with Elvis and they would often spend time together when they were in the same city on tour. But on one occasion, after Jones appeared at Caesar’s Palace in Las Vegas, he was stunned to find a silver-plated Colt .45 automatic pistol on his toilet cistern after Presley had used the bathroom.

Gun Collection – Jones tried to discreetly hand it back, only to see Elvis shrug off the incident. He says, “I wrapped it up in this towel, took it out and said, very quietly, ‘Er, Elvis, you left your gun in the toilet.’ And Elvis just goes: ‘Aw s**t man, ma .45’, and stuck it in his belt. I was trying to be very discreet about the whole thing, but he couldn’t have cared less.”

Gun Collection –According to many of the Memphis Mafia – Elvis loved carrying guns of all types. He was known to shoot at TV sets if either Robert Goulet or Mel Torme appeared on the screen. Above: image of one of Evis’ TV which he had his uncle Earl Pritchard remove, who later sold it. At the time of Elvis’ death in 1977 he owned 37 guns, rifles and one machine gun. The Car Elvis shot