The 1948 library card with Elvis signature (see below) was found by a librarian while discarding old books, according to the paper. The current bid for the card, which is being sold with a copy of the book, is $2,600, and is expected to grow to at least $4,000 when the Heritage Auction closes on August 14, two days before the 35th anniversary of the singers death. 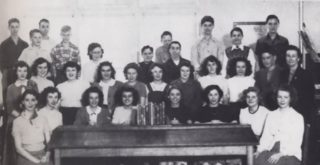 Elvis Presley Signature on Library Card: A signed library card was found by the librarian at the school Elvis attended in Tupelo and this is one of the earliest known signatures. Once the librarian realized Elvis fame, she searched through all of the books borrowed from the library by Elvis to find his signature. This example is accompanied by a letter from the Graceland Archives the archives has no full Elvis Presley signature pre-dating the one appearing on the offered library card.

The astute Milam Junior High librarian noticed that one of the names on the checkout card  which every student had to sign when borrowing a book  was that of Elvis Presley!  Written next to the name was the notation 7-C, signifying Elvis 7th grade homeroom class.

A further search of the library unearthed another card with the singing stars signature.  Obtaining permission from the school, the excited woman took the two cards home and put them in her scrapbook. 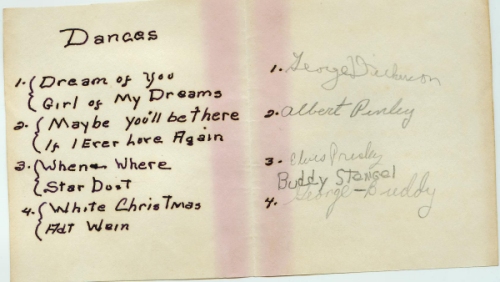 The dance card which Elvis used to sign is signature, had been stored away in a scrapbook since it was signed. The lady who danced with Elvis wishes to remain as anonymous but has signed an  affidavit stating that a young man named Elvis Presley signed her dance card in December 1949