Elvis Piano Elvis Presley Gold Piano at Graceland Elvis Presley’s famous Knabe White Baby Grand Piano will be part of Graceland’s first holiday concert weekend on Dec. 15 and 16 at the Soundstage in the new Elvis Presley’s Memphis entertainment and exhibition complex. The piano was originally played by Duke Ellington in the 1930s. Elvis bought the piano in 1957 for $818.85. He kept it on display at Graceland until 1968. 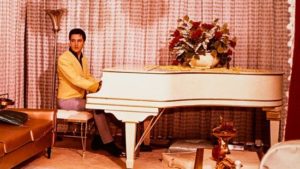 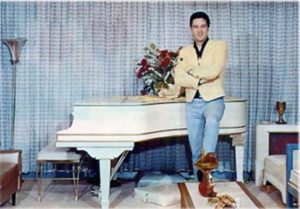 During those 12 years, the piano was the musical focal point of many hours of rehearsals and entertainment at Graceland. Elvis played it constantly when he had friends and celebrities over. Vernon Presley sold the piano to a Sturges Recording Studio in 1971, where it was used on more than 50 albums including a Jerry Lee Lewis album. Million Dollars Quartet 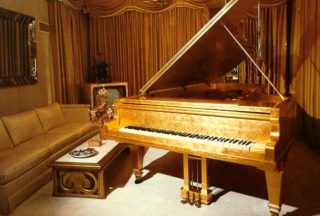 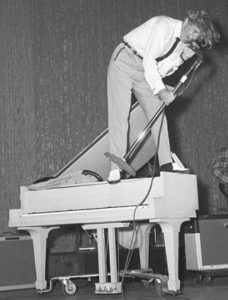 How many Grammy’s was Elvis Awarded