Benjamin Keough (12 July 2020) has died of an apparent suicide as a result of a self-inflicted gun shot –  aged 27. Lisa Marie’s son and musician Danny Keough died on Sunday in Calabasas, Los Angeles. In a statement by a representative for Lisa Marie said she was “beyond devastated” over her only son’s death.

Lisa Marie is completely heartbroken, inconsolable and beyond devastated but trying to stay strong for her 11-year-old twins and her oldest daughter Riley… she adored that boy. He was the love of her life… Benjamin was a relatively little-known member of a very famous family, with musician mother Lisa Marie, musician father Danny, and his older sister, actress Riley Keough.

Following an autopsy, the Los Angeles County Dept. of Medical Examiner-Coroner’s office stated that Benjamin’s cause of death was intraoral (within the mouth) shotgun wound, while the manner of death was ruled a suicide.

July 22, Priscilla mourned the death of her grandson in a post on her Facebook page. “These are some of the darkest days of my family’s life. The shock of losing Ben has been devastating,” she wrote in her first public statement on Ben’s passing. “Trying to put all the pieces together of all the possible whys has penetrated my soul… I wake up each day and pray it will get better ….. “ 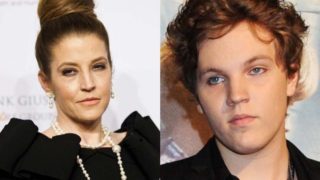 Ben Storm Keough Funeral: Benjamin Storm Keough funeral was held in Malibu last week. It was a very private affair with only family and close friends in attendance. A week prior Benjamin Storm Keough body was held in state in an open casket similar to the funeral arrangement of his grandfather Elvis Presley who laid in state in Graceland’s parlor 2 days in 1977. Friends and family were invited to pay their last respects and view the body. Considering the cause of death being by shotgun to the head… many friends declined the offer to view the body and only attended the burial 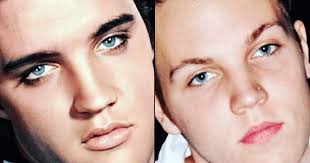 Lisa Marie Presley at age twenty she married her musician boyfriend Danny Keough. They dated for three years prior to their wedding. They had two children together, Danielle Riley and Benjamin Storm Keough. In April 1994, Presley announced that she and Danny Keough were separating, but remained on good terms for their children’s sake. Later that month, she flew to the Dominican Republic for a quick divorce. In the years since their divorce, Presley and Keough have written some songs together. Keough lives on the same property as Lisa Marie in the guest house. Twenty days after her divorce from Keough, Presley married Michael Jackson. 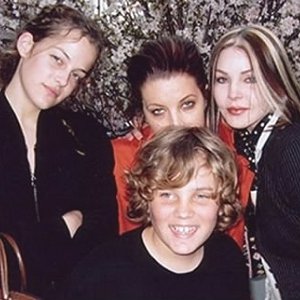 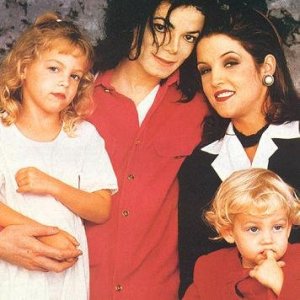 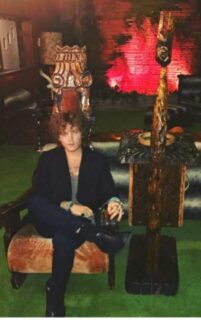