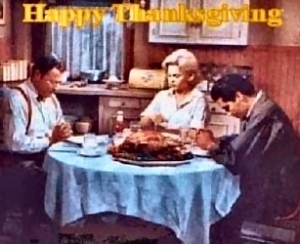 In 1957 Elvis spent Thanksgiving watching Pat Boones new movie, April Love, at Loews Palace in Memphis. The following year Elvis was in Germany. The army promoted him to private first class that day and Elvis had Thanksgiving dinner with the family of girlfriend Elisabeth Stefaniak.

Mix the dry ingredients together in a large bowl, then whisk in the buttermilk until it’s thoroughly mixed. Pour the batter over the chicken and marinate for up to five days in the refrigerator

Frying: Drop chicken in a large skillet with hot peanut oil at 375 degrees. Once chicken is  a golden brown finish cooking in a 180 degree oven for 10 minutes

Elvis and The Colonel enjoying Thanksgiving on the set of 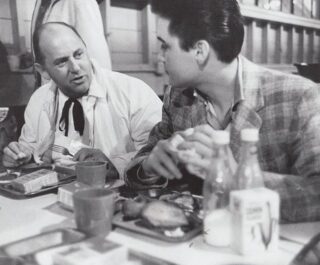 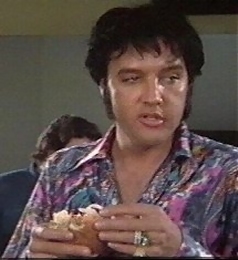 During the 1960s Elvis was working in Hollywood on Thanksgiving Day.  November 24, 1960, he was filming Wild in the Country The next year he was working on Kid Galahad in November. He spent the holiday driving back to Memphis in 1964, having just finished work on Tickle Me. 1967 Elvis was filming  Stay Away, Joe ended the day before Thanksgiving  1968 Elvis he was in the middle of filming Little a Little, Love a Little during Thanksgiving  the November holiday

Thanksgiving was an important day for the Elvis movies. Six of his movies were released nationwide the day before Thanksgiving to take advantage of the four-day high school break. Love Me Tender (1956) GI Blues (1960) Blue Hawaii (1961) Girls! Girls! Girls! (1962) Fun in Acapulco (1963) and Harum Scarum (1965)

Elvis worked the final two Thanksgiving Days of his life:  November 27, 1975, he flew to Las Vegas on the Lisa Marie to start a new engagement there, and  November 25, 1976, he performed on stage at the University of Oregon in Eugene