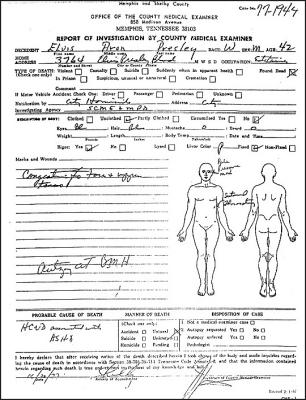 However, in November 1977 Dr Nichopoulos was under suspicion for malpractice (among other charges) and was charged by the Tennessee state board of health with illegally prescribing more that 5,300 drug to Elvis in a seven month period. He allowed Elvis to consume over 25 pills a day . Dr Nic’s last prescription on August 16, 1977 was for 680 tables of the powerful painkiller Dilaudid which had the potential of killing a stable of horses. In his defence Dr Nic told the health board that… “Elvis was getting over an eye infection and sore throat, but overall he was a healthy man….” 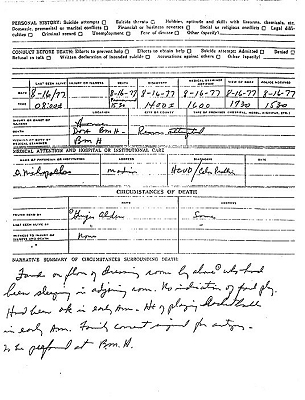 Dr Kelly of LA Bio Science Lab who analysed some of Elvis’ body tissue, determined Elvis body contained many depressant drugs at the time of his death which included Valuim, Valmid, morphine, pentobarbital, codeine, Quaalude and Placidyl. Red West reported the Dr Nic was only too willing to fill any request for drugs that Elvis would demand. West concluded the Elvis was a “walking drugstore. He was drugged to the limit”… However, Marty Lacker contended the Elvis was a pill freak not a drug abuser