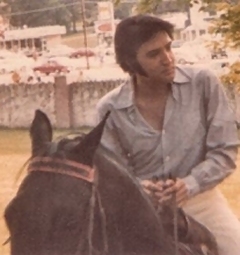 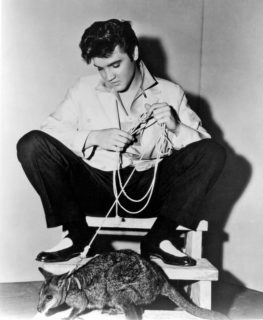 Elvis always loves animals, but he could never afford to have any as a child but made up for it when he became a star. Elvis also loved horses and enjoyed riding. He rode his first horse for his first 1956 movie Love Me Tender. It has been said that Elvis did ride horses as a child in Tupelo.

Many Elvis pets appeared in his movies 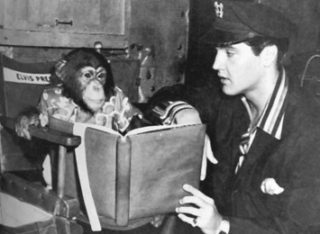 The first horse kept at Graceland was a quarter-horse called Domino which Elvis bought for Priscilla. After that he bought a Palomino, Rising Sun for himself. When Rising Sun passed away in 1986, EPE did a national search and acquired a distant relative of Sun’s and named him Sun’s Reflection. He, along with Ebony’s Double a Tennessee Walking Horse purchased by Priscilla Presley 1975 continue to live at Graceland. 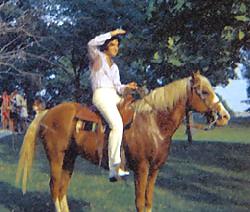 In the early 1960’s, Elvis bought a talking Myna bird which was placed in a large cage in the kitchen at Graceland. The bird liked to talk whenever someone was on the phone, and he memorized parts of people’s conversations and mimicked them over and over.

One day Elvis and a few of his friends were in the kitchen eating lunch. Elvis was halfway into his sandwich when the bird blurted out in his cackling voice, “Elvis isn’t here right now…Elvis is in a meeting…Elvis can’t come to the phone…Elvis is asleep…Sorry, Elvis is busy.” When the bird stopped suddenly, Elvis broke up laughing.  He laughed so hard he fell off the chair and lay on the floor, clutching his stomach.