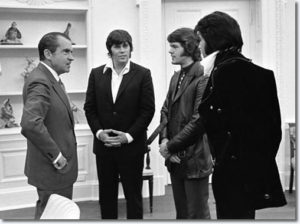 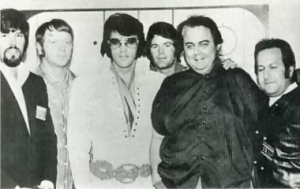 Elvis Presley invited the quartet to sing backup during his  series of Las Vegas concerts. After those shows, Houston says, ‘we would jam with him for an hour, singing gospel. He really loved it, had a feel for it and was tickled to have four ‘church sisters’ backing him up’. As a token of his appreciation, Elvis  presented Cissy Houston with an engraved  bracelet on he outside with her name and on the inside with his pet name for her Squirrelly.

Despite their touring success of the Sweet Inspirations , Houston longed for the comforts of home. ‘I don’t know if the road was really for me’, says Cissy Houston.

Myrna Smith sadly passed away  from kidney failure aged 69. Myrna was a member of the  Sweet Inspirations,  best known for their work with Aretha Franklin & Elvis Presley. Myrna is the second of the Sweet Inspirations to pass away this year. Sylvia Shemwell died  February 13, 2010. Myrna Smith… “We were closer to Elvis than most since I was married to Elvis’ friend Jerry Schilling” 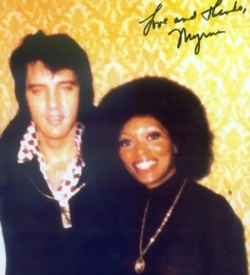 Myrna Smith:  I was married to Jerry from 1982 to 1987 and we’re still good friends. Jerry and I started dating in 1973 and so I got a chance to spend more time with Elvis than others. I flew on Elvis’ plane, spent time at Graceland and usually stayed on the same floor as Elvis in the hotels when were on tour. In California I would stay at Elvis’ house on Monovale.

When did you get the call to work with Elvis  Myrna Smith: We got a call from our booking agency who said that Elvis had phoned wanting us to sing with him. At the time we weren’t that impressed as they sent us what seemed like 200 albums of songs to learn since we weren’t that familiar with Elvis’ material! This was 1969 when Elvis had been recording those movie soundtracks and the older songs like ‘Teddy Bear’ & ‘Love Me Tender’ just wasn’t the type of music that we listened to.

ELVIS refused to play his own music at home, according to his new book on Elvis called “Me And A Guy Named Elvis” by Jerry Schilling. Once Elvis yelled: “Who put that c**p on?” when a partygoer at Graceland put All Shook Up on the record player, recalls Schilling. “Elvis was proud of his work but it was just that – his work. “He lived with his music outside the house he didn’t need to hear at home” Jerry Schilling talks about Elvis’ darkest days  The court ruled Priscilla gets custody of Lisa Marie, Elvis believed his daughter would be far better off raised with small town of values in Memphis , just like he was, than in a big city like Los Angeles 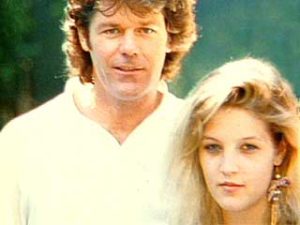 After days of arguing, Priscilla convinced Elvis that Lisa would be happier with a constant parent, rather than one that was on the road. Touring most of the year, much to his despair, Elvis had to concede to the truth of his usual life-style was not conducive to raising a child on his own. Although,  “Elvis just stood watching as we load up Priscilla’s blue Mercedes. By than Priscilla was in tears and shaking,” says Schilling.

“Elvis took Priscilla into his arms, kissed her gently on the mouth, and said. ‘If you need anything, Cilla. Anything at all? You know to let me know’.”

Until that finally moment, Elvis was still composed, but when it was time to bid farewell to his daughter, Elvis broke down and cried as he swooped his beloved Lisa into his arms. Elvis held Lisa tight for a very long time. “Be a good girl, Button-head,” whispered Elvis. (Button-head was Elvis’ pet name for Lisa) “You come and visit often, you hear,” said Elvis trying to hold back the tears. Then out of sheer desperation Elvis insisted, “Get mummy to teach you how to use the phone, so you can call me everyday, okay.”

As Schilling recalls, “Lisa Marie, was always a very perceptive child. She realised this was not the usual way her daddy said goodbye. Normally, Elvis would says, ‘Button-head I’m off to work. What do you want daddy to bring you back, this time?'”

“This day was strange, and Lisa knew it. She looked into her daddy’s eyes and asked him, ‘Are you crying, daddy?” At the point, Elvis flashed Priscilla a look that could kill, then delivered Lisa into her mother’s awaiting arms, turned on his heels, walked back into the house, without looking back.

“I’d seen that look before in Elvis eyes,” says Schilling. “It a look that still sends a chill went down my spine, when I think of it… It’s was a look of pain, anger, desperation and hurt.”

“For the rest of that day, till about 4 am that night, Elvis closed himself up in his bedroom. He wouldn’t eat or take our calls. We got very worried. We thought maybe he had knocked myself out with a whole lot of sleeping pills.”

“From time to time, Joe and I would sneak up to his bedroom and listen at the door. Once I heard him cursing. Another times I heard him screaming. But mostly we heard Elvis just sobbing.”

Finally, Schilling admitted, “I now know, that day was the beginning of the end for the Elvis I had once know and loved.”

Footnote: In regard to my personal experience I find Elvis always willing to talk to me if I had a problem. He always treated me as if we were the same. Elvis was a deep person. He would admit to the same insecurities that I had. I remember he told me that things weren’t so different for him… sure success, fame, and money gave him the opportunity to have nice things, and buy the things he wanted, but it didn’t stop him from having doubts or fears.

Elvis was a very caring person. I remember when I once had I car accident. I was pretty shook up, but nothing real serious. There were no injuries so no need to call a Miami car accident attorney

That night I found it difficult to fall asleep. Elvis somehow knew that, and came into my room (we were all in staying with Elvis during the shooting of Frankie and Johnny and talked to me until I fell asleep.