As most of us would be glad to see the end of 2021 as it was a bad year around the world. Here’s hoping 2022 will be filled with laughter. And if you have forgotten to laugh take a moment to listen to Elvis (below) and that should certianly put a smile on your dial. Wishing all Elvis fans the best from ElvisPresleyNews

Elvis Presley’s Vegas shows were legendary. Whenever Elvis got bored singing the same songs he would occasionally change the lyrics.

Laughing Elvis Song: It was during one of his sold-out Las Vegas shows 1969 Elvis decided to lighten the mood and ad lib some lyrics while he was singing “Are You Lonesome Tonight?”. Instead of singing the line, “Do you gaze at your doorstep and picture me there?” he sang “Do you gaze at your bald head and wish you had hair”. 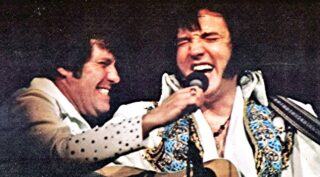 On this day in 1969, Elvis Presley performed at the International Hotel in Las Vegas. While singing “Are You Lonesome Tonight,” Elvis started laughing as he saw a man in the front row who had removed his toupee. Elvis’ laughing fit got worse as the background singer Cissy Houston, mother of Whitney, ignored his laughter and continued singing her high soprano part. (If you listen you hear Elvis respond to Cissy)

That’s when Elvis and the audience were in for a big surprise. As soon as he sung the lyrics a man in the front row removed his wig Elvis couldn’t stop laughing at the absurd moment. 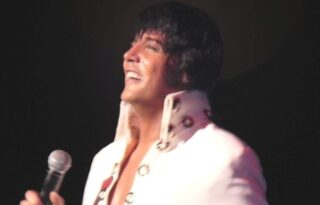 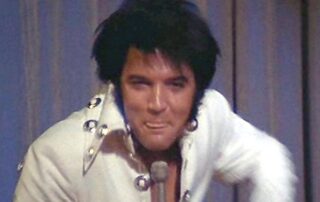 Years later, in 1982 the live recording made the UK Top 30  after the song was commercially released after many years of only being available on bootleg. 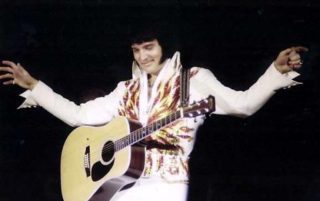