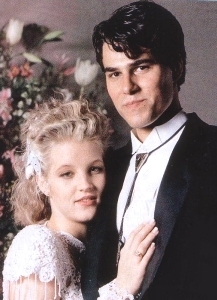 Marriages – Lisa Marie Presley married Danny Keough n October 3, 1988. They had two children, Danielle Riley, born May 29, 1989 and Benjamin Storm, born October 21, 1992. After Lisa Marie divorced Keough in 1994. Lisa Marie Presley married Michael Jackson on May 26, 1994, in the Dominican Republic. The two divorced after 18 months on January 18, 1996 on grounds of irreconcilable differences. Lisa Marie stated she had not seen Jackson during the last six months of their marriage. September 3, 2009 More than two months after he died, and following all the  gossip over how and where he would be laid to rest, Michael Jackson was entombed at a highly guarded mausoleum in  Los Angeles. Security was tight as a police officer patrolled the area  of Forest Lawn Memorial Park About 200 people including Elizabeth Taylor, Lisa Marie Presley, Macaulay Culkin & Quincy Jones  attended the 90-minute ceremony behind the gates 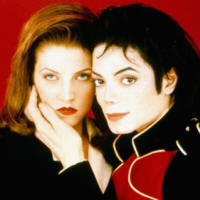 2004 Andrew Denton interviewed Lisa Marie  Presley, ABC TV. Lisa Marie, who divorced Jackson in 1996, told Denton she had felt powerless in her marriage, and that was why she left… “I mean, powerless in a lot of ways, in terms of … realising that I was part of a machine, and seeing things going on that I couldn’t do anything about,” she said. “And don’t ask me what sort of things, because I’m not going to answer. But just stuff.