The court heard Lisa Marie Presley’s request late last month (July 2019) and denied her request for an emergency order. As Lisa Marie wanted to take her 10-year-old daughters Harper and Finley to Graceland as part of a celebration of the life of Elvis Presley but her estranged husband Michael Lockwood is not letting it happen. 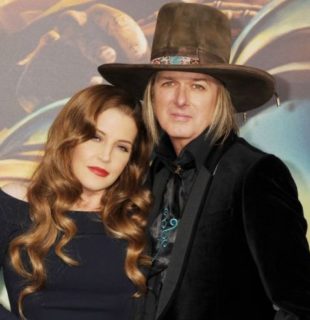 According to court documents Lisa Marie filed a request with the court to travel with her daughters, Harper and Finley, to Memphis later this month. Presley has custody of the girls and her ex, Michael Lockwood, has visitation on Wednesday and Friday afternoons, and a majority of the day on Sundays. The trip is for Elvis Week 2019, an event Lisa Marie says her daughters  have attended as a family in the past, so that the girls “get an understanding and more familiarity of their grandfather and what he has contributed to the world…..” However, Lockwood is objecting to the trip this year. She claims he also objected the last two years and she had to petition the court for permission both times. 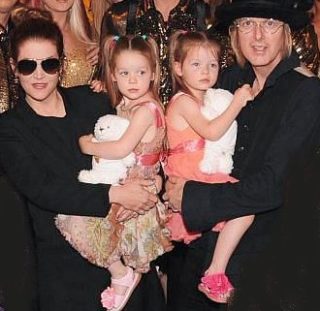 Lisa Marie  claims Lockwood’s objection centers around the possibility the girls will be photographed at the event. She says that she and Lockwood would bring their kids to the event every year when they were together and Lockwood even produced a video of the girls that was shown to the public during Elvis Week 2015.

In an email dated July 18, Lockwood wrote to Presley’s attorney, “I am not consenting to the trip to Memphis. Every time Lisa takes the girls to Memphis it becomes a photo op for her … I have brought this up every year. She agrees no photos yet there always is.”

In her request, Presley says she is willing to make up Lockwood’s visitation time that would be missed because of the trip but points out that Lockwood “did not elect to exercise his visitation with the girls between April 8, 2019 and June 27, 2019.” Lisa Marie Presley Marriages