Marilyn Monroe – Although the never met but their names Elvis Presley and Marilyn Monroe are synonymous with “sex symbol” to this very day. These two most famous 50s icons have been much photoshop 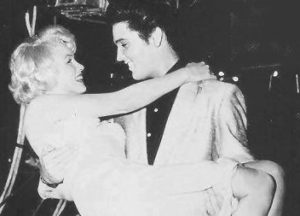 “Being a sex symbol is a heavy load to carry, especially when one is tired, hurt and bewildered.” Marilyn Monroe

Marilyn Monroe overcame a difficult childhood to become the world’s biggest and most enduring sex symbols. She died of a drug overdose in 1962.

Marilyn Monroe was born as Norma Jeane Mortenson, June 1, 1926 in Los Angeles. During her brief life, Marilyn Monroe overcame a difficult childhood to become one of the world’s biggest and most enduring sex symbols. During her career, Monroe’s films grossed more than $200 million. Monroe died of a drug overdose on August 5, 1962, at only 36 years old.