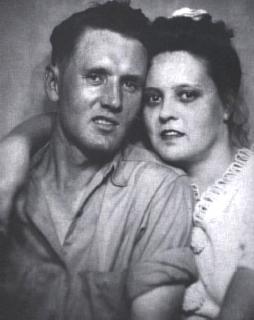 Elvis Presley ‘s Parents Wedding June 17, 1933 the 21-year-old Gladys Love Smith and 17-year-old Vernon Elvis Presley made the long trip to Pontotoc, Mississippi to get a marriage license. They could not get the license in Tupelo because of Vernon’s age. Their friends Marshall & Vona Mae Brown(Vernon’s first cousin) were witness. The Presleys were married by the Verona Justice of the Peace, Robert Emmit Kelly. Gladys & Vernon spent the first few days of their marriage at Marshall Brown’s house in Verona, Mississippi. Julian Riley owns the old Verona Town Hall and is restoring the 140 year old building. 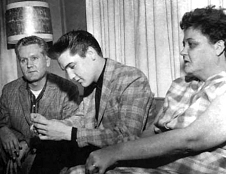 They have opened the building to all Elvis fans who would like to visit where the Presleys were married. Some couples hold hands and re-play their wedding vows at the same place Gladys and Vernon said theirs. Vernon Presley’s first cousin, died in Itawamba County, Mississippi

Verona Town Hall where Elvis’ parents were married to be restored

Keith and Chrisy Boswell have been restoring this building for the past 4 months which is located at 202 Main St. Verona, Mississippi. It is first and foremost a working Museum and scheduled to open January 2012. Located only 3 miles south of Elvis birthplace in Tupelo, The Historical Blue Moon museum is  certainly  a must see landmark for all  serious Elvis fans. The building is  where it all began, and  by faithfully recreating the facade and interior to the it historical era 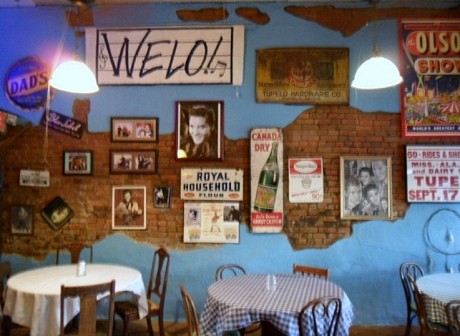 Interior of the Blue Moon Museum
It might be argued that Rock and Roll also had its roots in Verona, Mississippi. Owner, Julian Riley of the Vernon Town Hall, Mississippi plans to restore the site

Elvis Biography as told by his parents