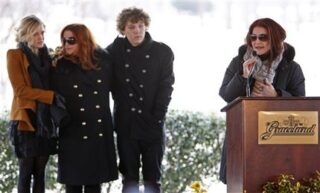 Riley Keough has musical blood running through her veins, Elvis’ granddaughter no plans to record an album. Today Riley Keough models for Dolce Gabbana, Christian Dior fashion designers and has recently launched a career as an actor 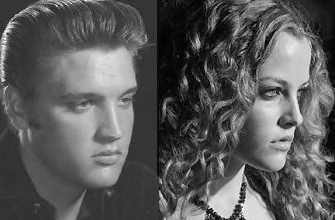 Born May 29 1989, real name, Danielle Riley Keough (goes under the name Riley Keough) the daughter of Lisa Marie Presley & Danny Keough Riley is 5′ 6″ granddaughter of Elvis Presley Fashion Model for designers Dolce & Gabbana Currently Model for Dior Perfume and Victoria Secrets The  daughter of Lisa Marie Presley and Elvis Presley’s granddaughter made her catwalk debut at the age of 14 in a Dolce & Gabbana show in Milan. Now persuing a career in movies.

Riley Keough Sheds ‘Elvis Presley’s Granddaughter’ Label With Sexy Role on ‘The Girlfriend Experience’ After making her screen debut in The Runaways  the 2010 music biopic about the all-girl rock band starring Kristen Stewart and Dakota Fanning, Keough has been inching her way up to become more than just Elvis Presley’s granddaughter. Following small roles (a party girl with a pet pig in Magic Mike and a sex slave in Mad Max: Fury Road) Keough is stepping out with The Girlfriend Experience. Based on the film starring adult film actress Sasha Grey, the new Starz series tells the story of Christine Read (Keough), a Chicago law student who works as a high-end escort. It’s seductive and cool, and earning praise for Keough’s more approachable take on the Experience’s central character.

Riley Keough on the cover of Nylon March 2016 issue.  What the 26-year-old The Girlfriend Experience actress had to say: How she knew her husband Ben Smith-Petersen was the one? “We were together eight months and then we got engaged…But I think I told him I wanted to marry him after a week. I was like, ‘Homie… .’ I don’t know, I just had a moment. I don’t over-intellectualize it because it just kind of happened, and I went with my gut there. We both had the same reaction, like, ‘OK, cool.’”

On the level-headed approach to fame her mom Lisa Marie Presley instilled in her: “She  was like, ‘I don’t want you growing up like another Hollywood celebrity daughter.’ She was so not about that life, you know? She didn’t really put attention on it. It was there. We’d get photographed doing stuff, but I didn’t see a tabloid until I was 15.”

On choosing the right moment to enter the industry: “I wanted to grow up before I started acting. I wanted to live my life a bit. I also really don’t like attention on me, so it was kind of coming to terms with all of that. 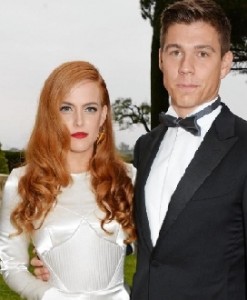 As Elvis Presley’s granddaughter, Riley Keough’s life was never going to be ordinary. Add to that the modelling career that began when she was 12 with Dolce Gabbana Fashion and a mere three years later has resulted in major Christian Dior fashion and perfume

campaigns, and Keough’s life seems like one few of us could even imagine. But that’s not the way the 15-year-old Riley tells it.. she spends more time studying, hanging out with her friends and living the life of an average teenager. Her everyday life, Riley says reads exactly the same way as all her friends with none of the trappings of glamorous extravagance. No elaborate beauty regime (“I like beauty treatments like most girls, but I’m not a slave to them”), no personal shopper (“no way! I love going shopping by myself, and with my friends”), no strict diet (“I try to eat healthy … but I still love ice cream!”) and no escape from schoolwork (“I get assigned work and keep up with my studies during shootings”)

Danielle is her first name but Riley her middle name, which her family and friends call her. Despite her privileged status as the granddaughter of the King of rock n roll and Lisa Marie Presley’s daughter with her first husband Danny Keough. Riley seems genuinely humbled by the good fortune that has landed a career in one of the most cutthroat industries in the world before she has even left school.