Rita Moreno says she dated Elvis Presley as revenge for Marlon Brando  cheating on her. Rita used Elvis to make Marlon Brando jealous – Rita Moreno knew how to make her cheating boyfriend jealous long before the age of social media.

Rita Moreno who recently starred in the Spielberg remake of the 1961  West Side Story where she play Anita and won the Oscar for Best Supporting Actress for her performance in “West Side Story” at the 34th Academy Awards in 1962.

The task is simple; just a three-step process. First, date screen legend Marlon Brando. Second, find evidence of his affair (what would be the first of many). Third, get asked on a date by Elvis Presley and accept. While this seems like a page of Old Hollywood fan fiction, this was, in fact, Moreno’s life—as told to Deadline’s Pete Hammond for his video interview series, The Actor’s Side. 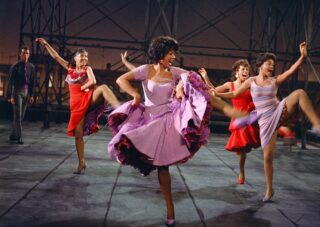 Moreno, who described her relationship with Brando as “eight years worth of SH*T…”  As Rita remembers that day vivdly … she arrived at Brando’s  home to only to find woman’s underwear that was clearly not her own. She was devastated and went home in tears. The next day, Moreno’s phone rang.

It was Elvis Presley’s manager, Colonel Parker, calling in a distinct Southern drawl. Elvis had seen Moreno at 20th Century Fox and “ ‘liked what he saw,’ ” the manager said. He told Moreno Presley wanted to meet her. “I thought about that lousy underwear, and I said, ‘Yes, I would.’ ” 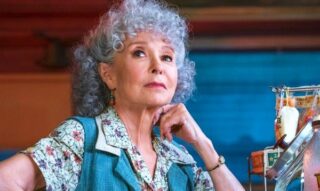 The news spread quickly—with only the aid of the Hollywood rumor mill. Brando heard immediately. Moreno was thrilled.“He was absolutely enraged and livid. He threw chairs . . . it was wonderful,” Moreno said. “Isn’t that hilarious?” 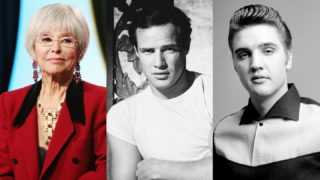 Recently starring in the remale of Westside Story Rita Moreno the Oscar winner, 89, reiterate the story when she appeared on The View where co-host Joy Behar confronted her about Brando “constantly” cheating on her throughout their on-again, off-again romance.

Rita Moreno, who met Brando on the set of “Désirée” when she was 22, said, “I found lingerie in his house and, of course, I was heartbroken, and I went home in tears — really, I was naïve — and I was angry too, just furious. The next day, the phone rings, and I hear ‘Miss Marina?’ I said, “Uh, yeah?….This is Colonel Parker, my client is Elvis Presley, and Elvis spotted you at the 20th Century Fox commissary, and he liked what he saw…”

“I said ‘Oh?’ and he said… “And he would like very much to meet you. Would you like to meet him?”… and I thought of those panties, and I said, yes I would!”

Rita Moreno claimed to have dated Elvis several times and described him as “sweet but boring.”

“He was sweet…” Rita Moreno recalled, “but he was a country boy. So anyway, when Brando found out, it didn’t take long. He started to throw chairs. He was so angry. It was wonderful. And I just sat there as he threw chairs and carried on…” 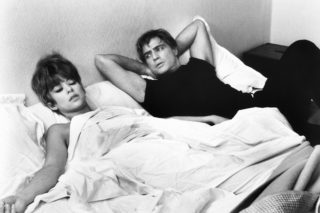 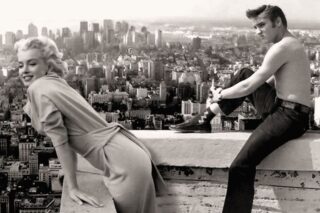 What a hunka, hunka, hunka lots a lies… Elvis would never have ask his manager Col Tom Parker to set up a date for him… Elvis alway sent his Memphis Mafia Members to do that for him…  Yeah, yeah, yeah, pull the other one Rita..  As you can see Elvis was too busy dating Marilyn Monroe