Ronnie Tutt, a legendary drummer who spent years playing alongside Elvis Presley and seccion guitist for musical superstars ranging from Johnny Cash to Stevie Nicks, has died of natural causes at his home in Franklin, Tennessee. He was 83 . On her Facebook page, Terie Tutt wrote that her father died at home surrounded by his family. 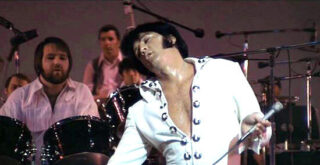 Ronnie Tutt drummed for Elvis with the TCB Band from 1969 until 1977, joining the band put together by James Burton for Elvis’ 1969 Las Vegas opening and staying with Elvis until his death in 1977.

In a 2016 interview with an Elvis fan club in Australia, Tutt admitted that he was “never really a big fan” of Elvis Presley until he met him at an audition for that tour. “Once you meet him and you understand the charisma that the man had, you just can’t help but love what he does… We immediately had a great rapport. Visually, our eyes were constantly watching each other.” 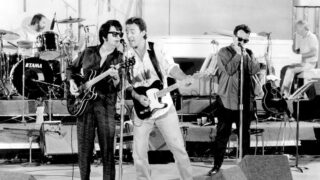 As Roonie Tutt once said in an interview… “I think it’s important to realize that for a very short period of time in a person’s life, whether it be a day or a two-hour concert or whatever it is, the music that you’ve played and contributed to and been involved with means a lot more to somebody than you can get an inkling of,” he said in The Sessions interview. “I think that’s what keeps me going.” 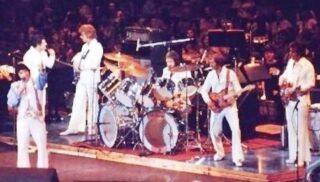 Elvis would often quip when introducing his band on stage… “This is my drummer Ronnie Tutt and my base guitarist Jerry Scheff … better known as…  Tuff, Schit