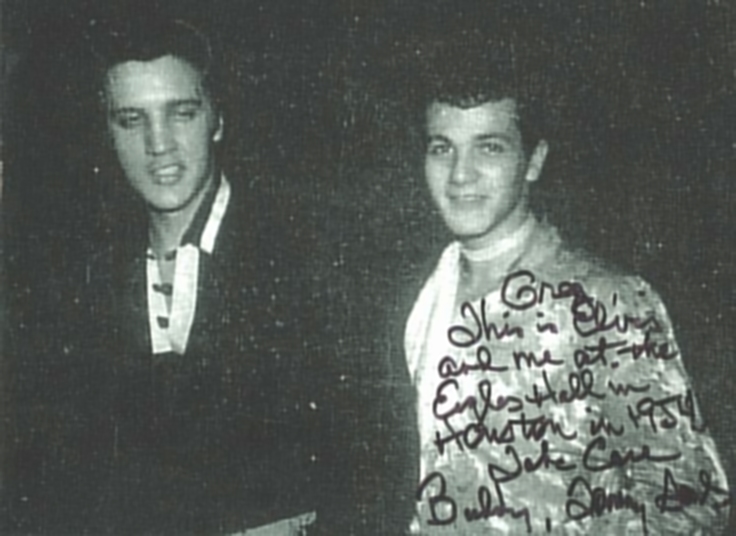 TOMMY SANDS YOU HAVE BEEN REFERRED TO AS A VERY TALENTED ELVIS IMITATORS … WOULD YOU AGREE?

SANDS: I think there might have been a subconscious influence there, because I liked him so much. I can say that honestly now without any loss of dignity. When I met him, I was so young and he influenced me so much, just as James Dean did as an actor. There were little pieces of Dean and Elvis in what I did and that’s quite normal. But, the people who managed me did a whole lot to take almost all of Elvis out of me, because they were much more conscious of it then me. They took away the guitar early on. I never used it again after “The Singing Idol” appeared with a guitar, that I remember. They had me cut my sideburns, cut my hair. It was a conscious attempt on their part to make me totally different. If I would’ve had my own way, I would have been even more identifiable as an imitator because I liked him so much.

TOMMY YOU HAD THE SAME MANAGER AS ELVIS?

SANDS: Yes, I had the same manager as Elvis who was Colonel Tom Parker. He found me when I was a lttle boy in Houston Texas. My mother didn’t like him because he took over much of my life so she ripped up the contract with Parker and took over my career… But the Colonel was the guy that got me the job in New York to audition for the THE SINGING IDOL… that made me a star overnight… so I guess I owe the Colonel… as he was responsible for that. 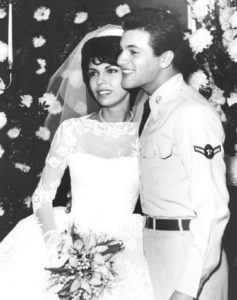 Tommy Sand married singing royalty when he married Nancy Sinatra. Despite coming of age in the taboo-smashing 1960s, Nancy was, by her own account ‘a good girl’ She studied music from the age of six: “I wanted to continue my classical education in college, but instead I got married, like a fool [to Tommy Sands, a now-forgotten teen idol]. Because you didn’t have sex in those days if you weren’t married – at least, not if you were a good girl. Althought the 60s afforded me many chances to be a bad girl… I wish I’d taken the chance… because then I probably wouldn’t have gotten married.”