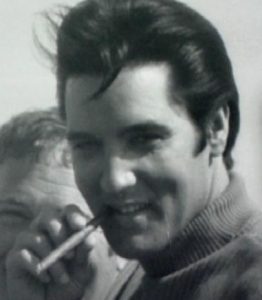 Question most often asked is why Elvis took drugs and what was his relationship with drugs? The answer is simple Elvis thinking was that prescription drug delivered by a doctor were legal therefore he was not taking drugs or considered himself a drug addict. However, according to his wife Priscilla Presley, his girlfriend Linda Thompson and several Memphis Mafia Members Elvis had tried marijuana (cannabis) and cocaine on at several occasions… but Elvis he felt far more comfortable in the world of legal drugs aka medical prescriptions. In 1980 Elvis’ doctor, Dr. George Nichopoulous was indicted on 14 counts of over-prescription of drugs. The doctor had over prescribed to Elvis Presley, Jerry Lee Lewis and nine other of his patients.

Elvis had a love for “downers” such as barbiturates, sleeping pills, painkillers, the combination of which will induce a sleepy, calm euphoria. In addition to the ten drugs found in his system at the time of death, Elvis was known to have tried Dilaudid, Percodan, Placidyl, Dexedrine (a rare “upper,” then prescribed as a “diet pill”), Biphetamine, Tiunal, Desbutal, Escatrol, Amytal, Quaaludes, Carbrital, Seconal, Methadone, and Ritalin.    Cause of Death 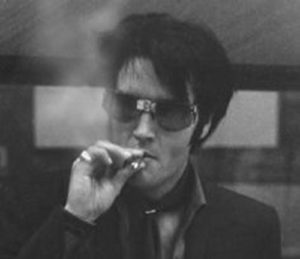